Neytiri, the number 3 top winning parti bitch of all time and a Gold grand champion, was the 2012 and 2013 top winning parti in the USA. She was handled mostly by Mike and Linda Pitts, but was also owner-handled in 2011 and 2012 and had a few showings with Candace Omatsu including her first group one. With a Reserve All-Breed Best In Show, multiple Best In Specialty Show, over 10 Sporting Group ones, and dozens of group placements she is the most decorated Home Bred parti cocker for Mariecel/Conquest. She was also Best Of Variety at the America Spaniel Club's Flushing Show in 2013 and Best of Variety and Best Opposite Sex to Best of Breed at the ASC Summer National in 2013. She took a break to prove herself on the whelping box. Her first litter born on the summer of 2014 was sired by CH San Jo's Slit Decision, produced two parti champions. Her second and last litter born on the fall 2015 was a color cross sired by CH Saratoga-N-Bluemoon's Footnote BN CD RN CGD, has produced 2 black and tan champions with a black and tan and a brown and tan each with two majors working on their championship. Neytiri was Best Brood Bitch in Show at the American Spaniel Club 2016 Summer National. 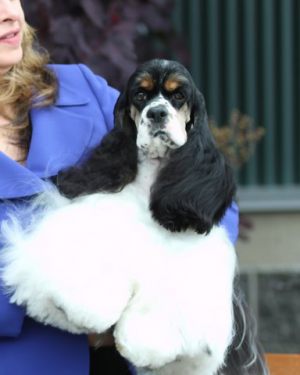 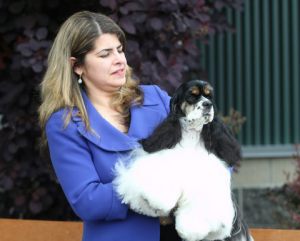 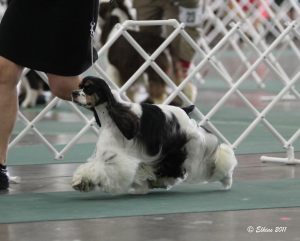 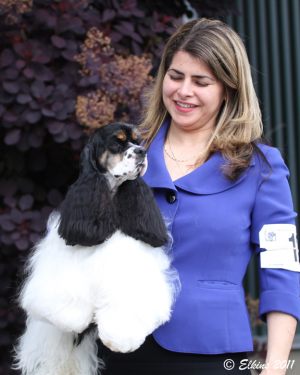 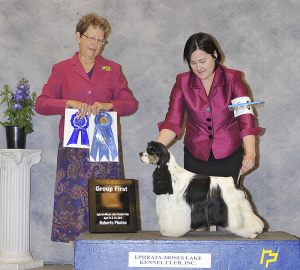 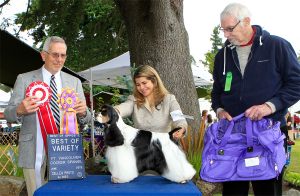 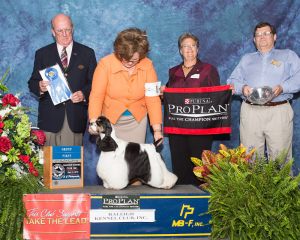 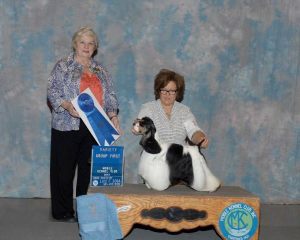 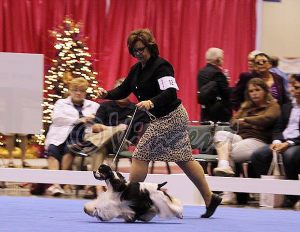 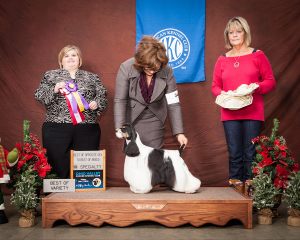 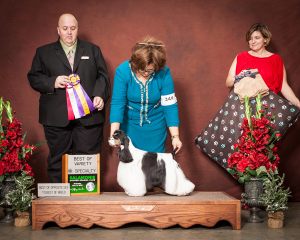 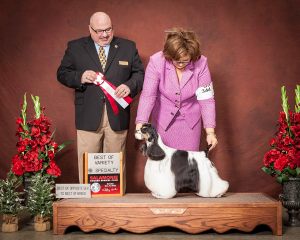 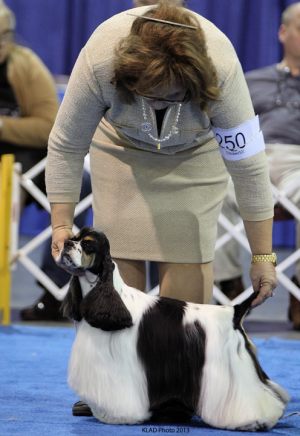 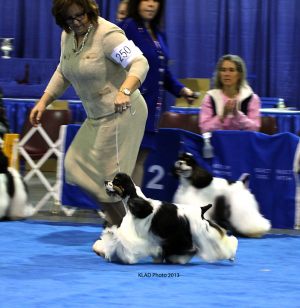 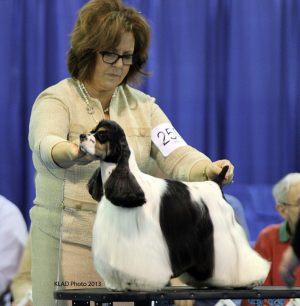 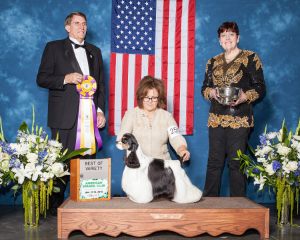 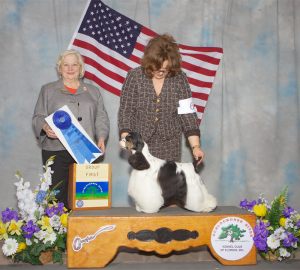 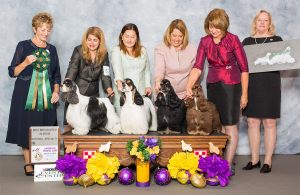 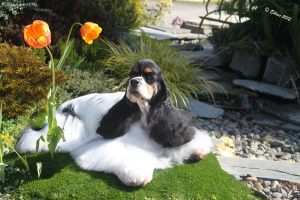 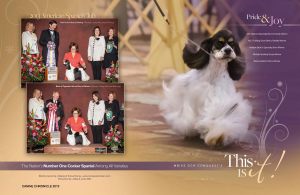 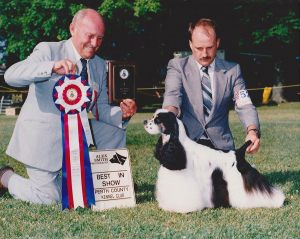 Neytiri: At the 2012 Flushing Spaniel Show, RBIS, MBISS GCHG Conquest's This Is It! won the Best of Opposite Sex award for the Parti Color Variety.